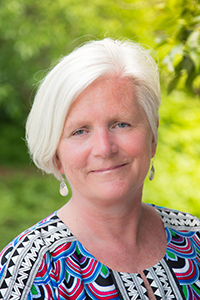 Colleen is a graduate of PCVS. After graduating from high school, Colleen attended Trent University and then completed the two year “Legal Secretaries” program at Sir Sandford Fleming College in Peterborough.

After graduating from Fleming College, Colleen was hired into her first job as a legal secretary with Bill Fox, and for 37 straight years has worked with Bill and his associates.

Colleen enjoys the variety of work she undertakes at Fox Law, as well as the clients she interacts with on a daily basis. She finds it gratifying to identify a particular issue and then working to find the best method to resolve it. And after 37+ years in the field, she still feels like she is learning. 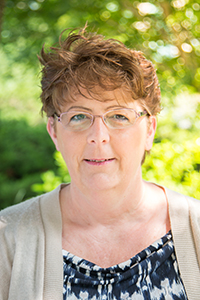 Patty loves working on big, challenging files (especially Estate work) and enjoys the interaction with the great clients Fox Law has.  She loves to test her memory for clients’ names, file numbers and details reflecting her 3+ decades of work.

In 1984 she married her high-school sweetheart, Tony. Family is paramount to Patty.   She and Tony have a son, Matthew (Loyalist DL graduate) and a daughter, Carly (Carleton U, PAPM).

She loves going to the market, spending a lazy afternoon at a beach, driving to the east coast, and taking the odd trip to Punta Cana.  She transcribed her husband’s novels for publishing and likes to play complicated mind games to keep her brain sharp!  She takes enjoyment out of simple things in life.  Her favourite place is sitting on her back deck at home with Tony, enjoying a good hot Keurig, watching the birds. 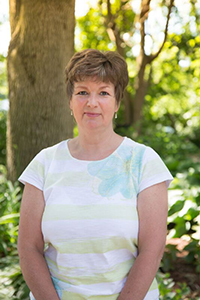 Cheryl began her career as a legal assistant in 1978 in Peterborough and has worked for and with many wonderful people over the years.  In her early years as a legal assistant, Cheryl became very interested in corporate/commercial law and this has been the area of law that she has mainly focused on during her career.

Cheryl was born and raised in Peterborough, she and her husband, Don, have two grown sons, Cody and Riley.  In her spare time, Cheryl enjoys gardening and spending time with her family and friends, as well as her daily walks with her dog. 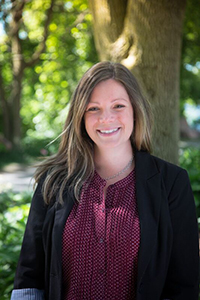 She enjoys working in an ever changing environment and interacting with clients on a daily basis.

Sarah and her husband have two beautiful little girls and love spending their spare time hanging out as a family. 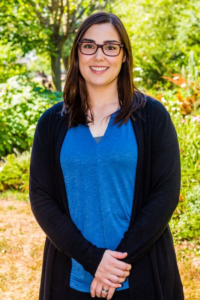 Alanna graduated from Trent University with an Honours Bachelor of Science degree in 2015, and then completed the Law Clerk and Paralegal Diploma programs at Sir Sandford Fleming College. While at Fleming she earned the Emond Publishing and Graham Paralegal Professional Corporation awards for academic excellence, and graduated first in her class for both the Law Clerk and Paralegal programs.

At the office, Alanna spends her days drafting Wills and Powers of Attorney, completing incorporations and other corporate work, but enjoys the variety of other tasks that come her way.  She enjoys any opportunity to continue learning.

In her spare time, Alanna enjoys reading, spending time with friends and family, and cooking with her husband. 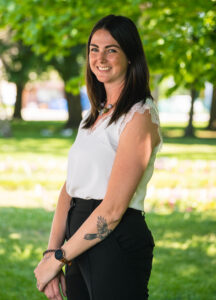 Kiela is a graduate of the French Immersion program at Adam Scott Collegiate. She pursued her post-secondary education at Canadore College before returning home to the Peterborough area. She has applied her education and skills to serving the community for the past 15 years working in youth justice.

Although the first portion of her career was spent working in the criminal law field, her extensive management experience working in a client and social services role lends many skills to her position at Fox Law. Since joining the team at Fox Law as Office Operations Coordinator in early 2021, Kiela has enjoyed meeting and assisting clients, assisting with client files, and managing daily office operations.

Kiela was born in Guelph but shortly thereafter her parents built their family home in Buckhorn, where she grew up. Away from the office, Kiela’s main focus and priority is family. She soaks up every moment with her husband, Ryan, and their precious daughter, Emmi. Kiela also loves going camping, watching Peterborough Laker’s Lacrosse games, eating delicious food, and spending time with friends.

Brianna graduated from Saint Mary’s University with a Bachelor of Science degree in 2018 where she was admitted into the President’s Hall of Academic Excellence. She recently graduated from the Law Clerk and Paralegal Dual Diploma program at Sir Sandford Fleming College. Brianna has several years of experience in the non-profit sector and most recently joined Fox Law as a Legal Assistant.

Brianna was born in Nova Scotia and now resides in Peterborough with her partner. In her spare time, she enjoys exploring new areas and long-distance running. As a former competitive rhythmic gymnast, Brianna continues her passion for the sport through coaching, judging, and acting as a board member.

Note: The material and information contained on this website does not constitute legal advice and is intended for general informational purposes only. This material and information should not be construed as, or relied upon, as legal advice. You should not act upon any material or information contained in this website, without first seeking professional guidance from a qualified lawyer who is familiar with the facts and circumstances of your particular situation and whose legal advice and guidance is specifically tailored to your particular situation.